Images of Hunt Family of the Kilkelly Ireland Song

Kilkelly, Co. Mayo in the West of Ireland

I was to taken by surprise, when I went looking for The Hunt family home, knowing quite well that the house could well be in ruins, I thought that a photograph of his home would worth including in this article. On enquiring at Urlaur Post Office, I was surprised, yet again, that I should be talking to Hugh's third cousin, a Ms. Jane Kenny (nee Flatley), who readily agreed to talk to me about her days in school, when at lunch time she and her friends would go to James McNamara's house where they would warm their feet at his fire. She told me that the roof was still on the house, eventhough it was now well overgrown. The school that she attended, is still there, it was built in 1902, and reminded me of my own days in school, where the boys and girls had different doors to enter the school. 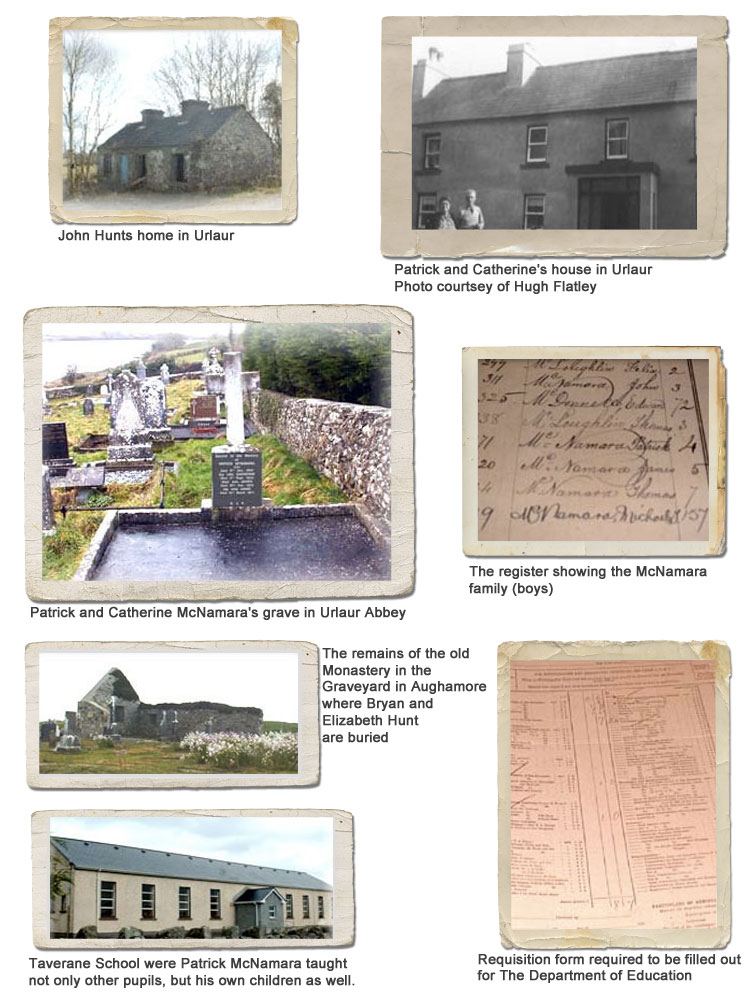 I would like to thank Mr Hugh Flatley for his co-operation and help and for the use of his private photographs, I am indebted to you, again Thank You, I found you as a stranger and we have become friends.

Also, I would like to thank Mr Christy McCann, Headmaster, Tavrane National School, for his trust in letting me use the school's facilities in the course of my research.