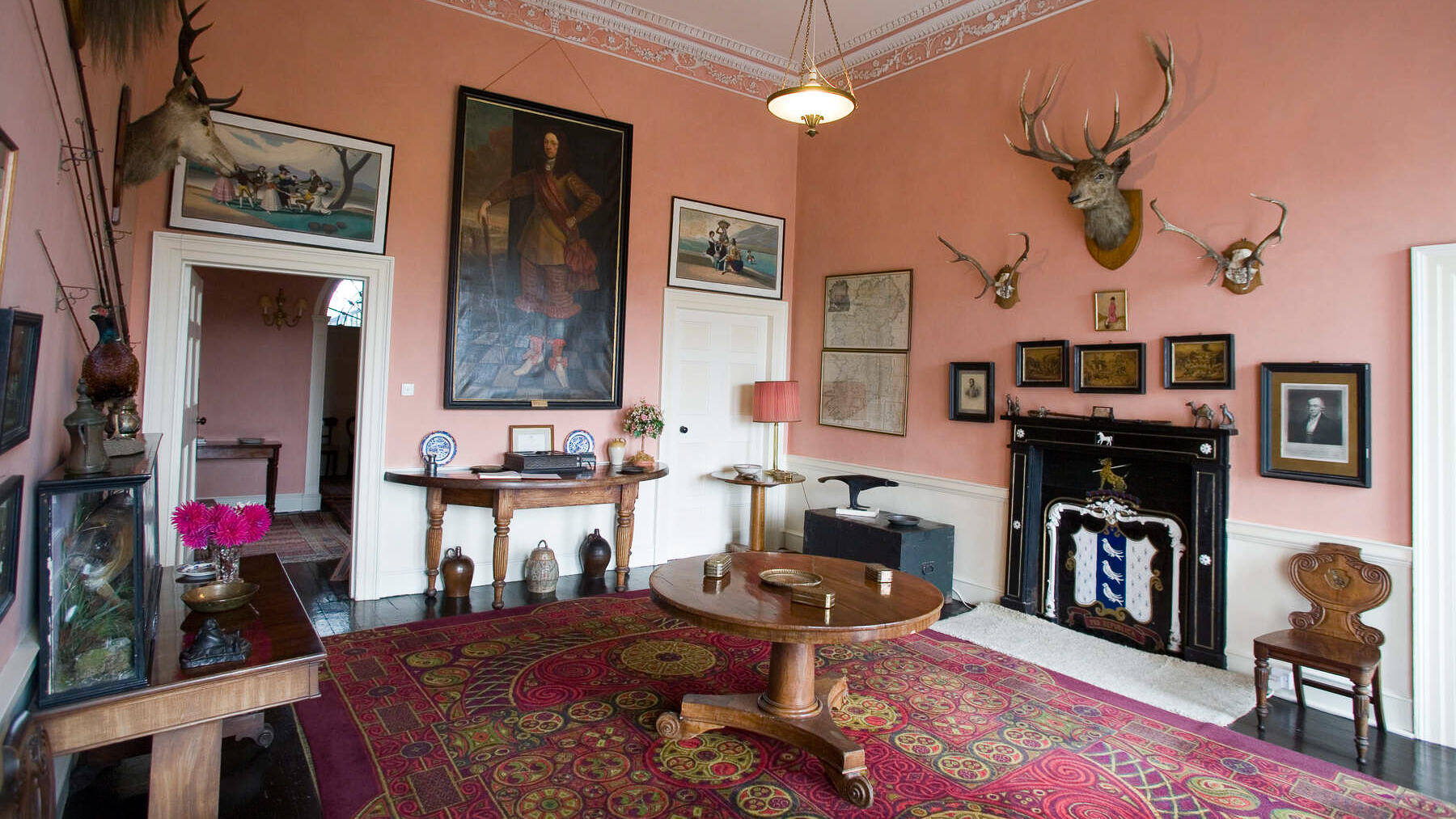 During the Pre-Famine time, wealth was the most crucial vital element for gentry and landowners in Mayo to distinguish them from the lower class.

Wealth was a symbol of high life, and money was relevant.

The main source of income was the gross rent from agricultural land. Only a few landowners owned plantations in the West Indies from which they got more revenue to accumulate and spend.

Gentry had a huge desire to showcase their wealth and spent money as fast as they could.

Dublin, of course, was the Irish central social point, but rural Mayo gentry developed their own social circle in their county.

At that time the most popular gentry’s trappings were the works of Voltaire and Rousseau, the clarets of Bordeaux and the souvenirs of the traditional Grand Tour of Europe.

On the estate stables of horses and packs of hounds were essentials.

In Mayo, a very few people were very wealthy and could have this kind of lifestyle and extravagance. Among them were Lord Sligo, Lord Dillon, Dennis Browne, Lord Lucan, Lord Clanmorris, Lord Tyrawley, Mr Palmer, Sir Neal O’Donnell, Colonel Jackson and Mr Rutledge.

The Brabazons of Swinford, the Higgins and the O’Malley, the MacDonnells of Cloona and Thornhill, the Perry Knox Gore, the MacManus of Bohola, the Lynchs of Balla and the Moores of Moorehall were members to the Mayo social circle too although they didn’t have the same level of wealth.

Also, a large number of military enjoyed the Mayo “high life” around the main towns while staying in the barracks and spent a lot of money.

People such as land agents and local solicitors were well respected and could earn gentry’s favour in the local community and be part of the social circuit.

Mayo's social circuit included events such as sporting activities, club membership and the curious system of visits of the most elegant and exclusive estates.

During the first decades of the eighteenth century, notable tourists (Englishmen mainly) used to visit with the gentry to enjoy the country life and their hospitality.

Then they wrote in praise a tour book recording their experiences. Gentry wished to have a favourable report about their estate and family because this was a mark of social distinction.

Mayo gentry knew these tour books were sold and read by the wealthy Englishmen.

They wanted to be described as brilliant and not lazy, callous, greedy and cruel by the political, social and cultural English elite.

For this reason, these tour books and guides were very well welcomed by Mayo and Irish gentry alike, because they were a sort of benevolent publicity against the criticism made by the Times and other English newspapers, Parliament and conservative gentry.

Some gentry were also members of the English Parliament and had bonds with England. They used to frequent London and Cheltenham social centres.

Castlebar was the cultural centre for Mayo and, apparently, people in town loved so much dancing and choral songs that many theatrical and operatic companies stopped in town and performed there.

Outside Castlebar, at Breaffy, Castlebar Races were very popular among the gentry. They took place in August, and all wealthy families from the whole Connaught attended.

Ballina held horse races annually too at the racecourse of Mount Falcon, the Knox family place of residence.

The most prominent family in Mayo for the training of racehorses and hunters was the Moore family of Moorehall who was also part of the major social, historical, cultural and political history of Ireland.

George Henry Moore, MP, had a huge interest in horses. He was called Dog Moore after his horse Wolfdog.

His brother Arthur Augustus was killed after a fall from Mickey Free in the 1845 Aintree Grand National.

Hunting was also a social occasion, especially in Tyrawley, usually followed by balls and parties.

Regattas were sporting and social gatherings too. Among them, the most popular were The Lough Carra Regatta, The Clew Bay Regatta and The Lough Lannagh Regatta.

Marriages were a great opportunity for social integration and political interaction. Mayo gentry class plotted hard to get good marriage contracts for their heirs in the effort to rise through the ranks of high society and wealth.

Irish peers were on a lower rank of the society than the English peers.

So a considerable effort made by them was to bargain for a marriage with the English families.

Reading newspapers and travelling to London, Bath and Cheltenham allowed Mayo’s gentry to be very well informed about all kind of social affairs in England, including Royal occasions, such as Royal births or weddings.

Claremorris and Castlebar celebrated Queen Victoria’s wedding in 1840 with streams of gleaming illumination.

Public dinners were also held to celebrate special occasions or to appreciate an honourable person.

The Great Famine drastically changed County Mayo and the social fabric; many of the gentry’s families faced bankrupt or lost much of their wealth.

After the Great Famine

The MacDonnells of Cloona and Thornhill were hit badly by the Great Famine and lost their estates. They owned mills and shops on Westport and their bread was sold in every town of the country, even the peasantry could afford their loaf bread.

After the Famine, a great number of landlords were in debt, and the Encumbered Estates Act was passed in the House of Commons in 1849, to help bankrupt landlords.

The MacManus of Bohola were landowners in Barleyhill and lived in Barleyhill House. At this time, McManus was in debt to the tune of £13,900 and was permitted to sell by the new Act. In 1851, there was a public sale of McManus lands in Barleyhill and Rathruane. In all, the property, including the house, amounted to over 1,400 acres, and it was sold to Mrs Perry for £9,000.

Even Lord Sligo, who had an income of £7200, was forced to borrow some money to pay the rates on his and his tenants’ land. He closed up Westport House and moved into a house in town with his family.

The Brabazons of Swinford ranked among the most influential families in the county. When Sir William Brabazon died in 1840, the estate was handed over to his nephew, Hugh Higgins-Brabazon. He was a benevolent landlord during the Famine.

He helped his tenants improve their homes, advised them not to sell their corn and even had their rents repealed during the worst years of the Famine. He purchased two houses in the town and set up soup kitchens and shelters for those who could not make it to the workhouse.

Following the incidence of the Great Famine, the family was in a reduced state and, when Hugh died, shortly afterwards the family emigrated to England.