In 1800, under the Act of Union, Ireland became part of Britain, and the British Government sent over one of its English Poor Law Commissioners, George Nicholls, to investigate the extreme poverty in Ireland. He toured the county and quickly reported Ireland needed a workhouse system similar to the English one. The Irish Poor Law Act became law in 1838.

In County Mayo following that law act, five unions were created. Each of them had to maintain a workhouse where local paupers could be fed and housed. A Board of Guardians, numbering around 30 members, managed them.

The workhouses were based in Ballina, Ballinrobe, Castlebar, Swinford and Westport.

During the Famine workhouses soon became overwhelmed by numbers seeking admittance and many starving people were rejected. In 1849 it was established to build new workhouses in Belmullet, Killala, Claremorris and Newport.

Poor families, who could not support themselves, were admitted to the workhouse.

They were then disinfected, deloused, bathed, hair cut and given workhouse uniforms.

In some cases, the family members never met each other again.

Only orphans and deserted children were admitted unaccompanied.

Workhouses were high wall surrounded to protect the building and to keep people out.

Food was often of very poor quality and the diet was very basic. Generally, it consisted of porridge, milk and potatoes. Children got three meals a day with some bread; adults got two meals a day.

Only at the end of 1800s people in the workhouses were given tea, bread and a meat soup for dinner.

Men and women ate separately and in silence; the breaking of the rules carried severe punishments.

Conditions inside the workhouses were inhuman and degrading, discipline was severe, and inmates were compelled to work without a real compensation.

Overcrowding, disease and death were commonplace within these institutions and during the “famine years” corpses, without coffins, were carried on carts and thrown into mass burial pits in the workhouse grounds.

Rules were very strict, and the staff were often ex-policemen or army sometimes being cruel, incompetent and dishonest.

Some inmates, usually with a strict and rude predisposition, were given roles in supervision to help the paid staff. They got in return better food, but often they were incompetent, negligent and harsh.

As a result people were hungry, exasperated, badly treated and hopeless; often they overreacted to this hard situation by breaking the rules and fighting among themselves.

Usually breaking stones for building roads was a common occupation for the men. The women cleaned or helped in the kitchen or laundry and looked after the sick inmates. Older people mended clothes and span wool.  Girls were trained for domestic service.

Schools were attached to the workhouses where children were supposed to attend to and learn to read, write and count.

Again the reality was very different. Teachers were incompetent, cruel and not able to deal with the huge number of hungry and dirty children.

The only way to leave the workhouses was emigration. Emigration Commissioners offered free passage, clothing and a little money to people who wanted to emigrate.

Many escaped at night time from the workhouses climbing through windows and over high walls abandoning their children. Emigrating families left behind hundreds of children.

Between the years 1848-1850, the Famine Orphan Emigration Scheme was set up and 4,114 Irish orphan girls aged 14-18 years were sent to Australia; 137 girls among them were from Mayo. They were sent to Sydney and Melbourne (Port Phillip).

In 1848 only Ballina workhouse participated in the Scheme sending 47 girls to Australia. They departed on two ships: the Lady Kennaway to Melbourne and the Inchinnan to Sydney.

The following year, 1849, four Mayo workhouses sent girls to Australia: 40 of them were from Ballina, 25 from Ballinrobe, 15 from Castlebar and 10 from Westport. They were the best-conducted inmates and were equipped with clothing and other necessaries at the expense of the respective unions. All of them were embarked on the Panama to Sydney.

Swinford workhouse did not participate in the Orphan Emigration Scheme.

The workhouse system was abolished in the early 1920s and some of them became county hospitals or homes.

Cruel stories from the Mayo’s Workhouses 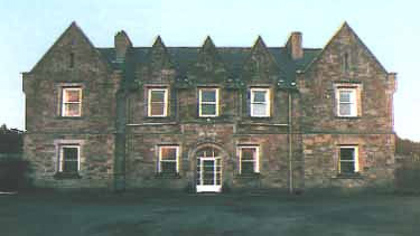 The Mayo’s Workhouses in a nutshell 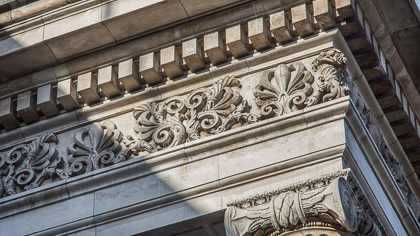 George Wilkinson designed the most of the Mayo’s Workhouses