County Mayo has a very significant and rich natural heritage.

Mountains and uplands are found in the northern and western part of the region characterised by peatland, heath and woodlands.

Croagh Patrick (765m) is Mayo's most famous mountain but Mweelrea (819m) is the highest mountain in Connaught and is situated just north of Killary Harbour (a natural fjord).

The fertile farmland makes up the most important landscape of east Mayo.

All over the country there are lakes: Lough Conn, Lough Carra and Lough Mask are the largest and well known but numerous are medium to small.

The coastline is formed by many coastal habitats such as: cliffs, estuaries, machair, sandy beaches and offshore islands.

Achill Island is the largest Irish island and boast some of the country's highest sea cliffs.

More than a quarter of County Mayo's land is designated for nature conservation and this highlights the international and national significance of Mayo's wealth of natural heritage. 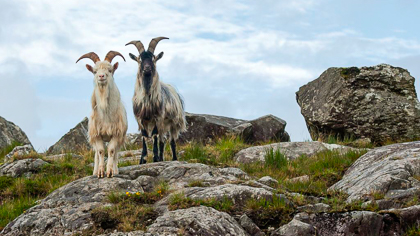 Biodiversity is all around us in Mayo. It is found in the gardens, parks, farmland, peatlands, rivers, lakes and coastlines. 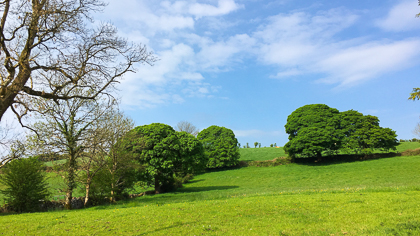 Peatland is a wetland terrain dominated by living peat-forming plants.

In Mayo sand dunes may have different shapes and forms with a range of habitats. 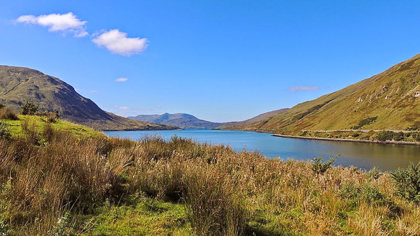 Estuaries are the free connection between the open sea and rivers.

On Mayo's west coast there are some of Ireland's highest rocky sea cliffs.

In Mayo rivers and lakes have high water quality and, for this reason, they have a big nature conservation interest