The Foundation of Westport in Co. Mayo 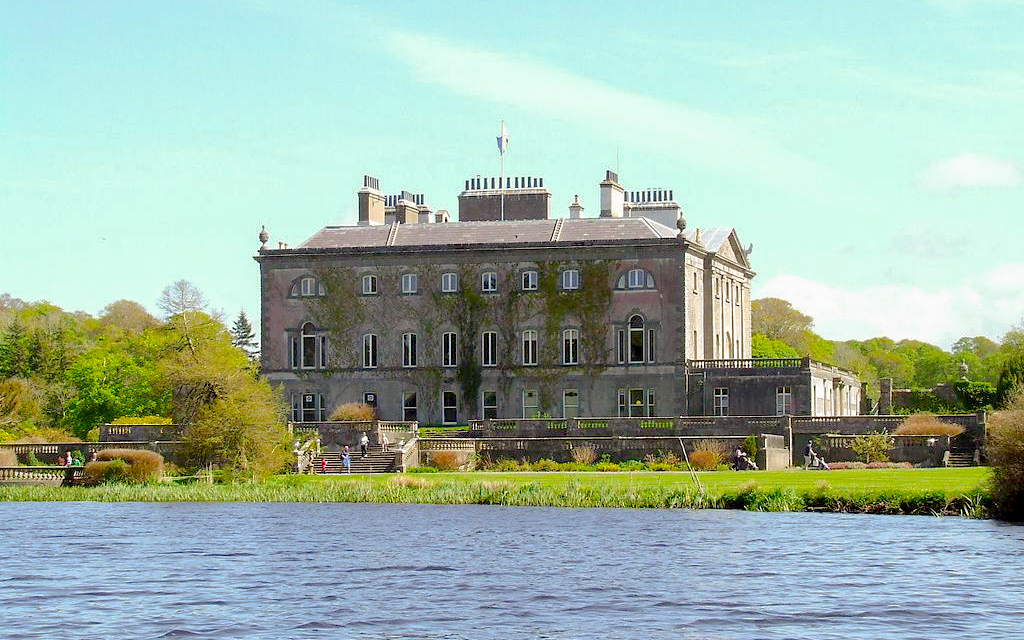 The town of Westport is located near the mouth of the Carrowbeg River at the head of Clew Bay. Its history dates back some 5000 years; a variety of archaeological sites found in the area proves this.

In the 16th century, the original village of Cathair na Mart was already in existence in the area. It was an important O’Malley stronghold, which Sir Nicholas Malby, Governor of Connacht, burned and knocked down in 1583 during his campaign against the Mayo Burkes.

In the 17th century, Cathair na Mart passed from the O’Malleys to the Browne family.

Colonel Browne built a house on the site where the old O’Malley castle stood. In 1732 his grandson, John Browne (1709-1776), decided to develop the house and employed the German architect Richard Cassels (also known as Richard Castle) to design the present East Front of Westport House.

There also was a small port at the mouth of the river previously established due to the nearby Clew Bay teeming with herring and oyster. The 700 inhabitants lived in thatched cabins.

In the mid 18th century John Browne decided to remove the village from his front park and to landscape this area.

He, then, embarked on the ambitious project of building a new town, Westport, around 1,500m inland. The project was completed by his son Peter, 2nd Earl.

But who did plan Westport?

There were three theories on this theme: the Cassels Theory, the Wyatt Theory and the French Architect Theory.

None of them seems to be the right one. Westport developed over more than two centuries.

We, certainly, know that John Browne planned and started to develop the new town continuing until his death in 1776 and that an advertisement for the building of a new town near the old Westport appeared on the “Faulkner’s Dublin Journal” on March 17th, 1767.

From that advertisement, it is understood William Leeson, Esq, is the architect of Westport and the date of the foundation of the new town is 1767.

Leeson designed the present-day town centre following the medieval principles of urban design introduced by the Normans in the 13th century and the Georgian architectural style.

High Street – Monument Street, Peter Street and John’s Row were the first streets to be developed.

The names of the streets were descriptive or related to the Browne family ( High Street, Peter Street, John’s Row).

At a later period, over the years, the Octagon and other streets including Bridge Street, Mill Street, James Street and Shop Street were developed. At that time the Carrowbeg River still flowed to the North.

In 1800s John Denis Browne, grandson of John Browne, embarked on an ambitious project like his grandfather. The project cost more £10,000.

He decided to build a 400 m long tree-lined promenade, or “The Mall”, along the river, embellished with two small waterfalls and crossed by stone-arched bridges.

Townhouses, private and public buildings were erected in Georgian style on each side of the promenade. The Carrowbeg River had to be canalised to flow in a straight line to carry out this project.

Among the public buildings, John Denis Browne wanted to build an inn for travellers to Westport. The Jeffers Hotel, the centrepiece of North Mall, was then erected and it was the oldest inn in Connaught.

Mrs Robinson ran the hotel and its excellent reputation grew over the years. William Makepeace Thackeray, who visited Ireland in 1842 and author of ‘The Irish Sketch Book’, stopped at the hotel and noted in his diary: “the prettiest, comfortable inns in Ireland, in the best part of this little town, stocking the cellars with good wines…”

The name of the hotel changed from Jeffers Hotel to the Railway Hotel when the railway arrived in Westport in the early 1900s.

Also, in the early 1770s, John Browne put a lot of effort in promoting and supporting the linen industry in town. This industry, along with agriculture was the foundation of Westport prosperity too.

He was able to attract weavers in town letting out his houses at a good rent and providing them with looms.

He gave them loans to buy yarn exclusively spun from the flax locally grown and bought their linen for several years in a row. His exertions led to the growth of the markets, which drew many buyers to the town.

In the following years even more weavers (Northern Catholics mainly) came to town after the Battle of the Diamond in 1795 and the Armagh Outrages.

Westport began to flourish and it looked like a rural town depending on agriculture and linen industry.

Also, a small number of other business played an important role in the local economy including milling, candle making, tanning, fishing and hunting.

The small port at the Quay facilitated the development of business such as importing, exporting and trading in the years 1780-1820.

Starting from 1783 Charles McDonnel erected the first stores at the Quay, also known as Demesne Gate. By the 1818 the port was fully developed.

Over the next 30 years, warehouses capable of storing up to 40,000 tons of grain and mills were constructed including a Customs House, the King’s Store and a revenue house. At the top of Boffin Street, the old fishermen's cottages were built.

The main imports were products from Great Britain and timber from America and the Baltic area. Grain was the most relevant export, but also manganese, slates and ochre, quarried in the area for the English markets, were significant.