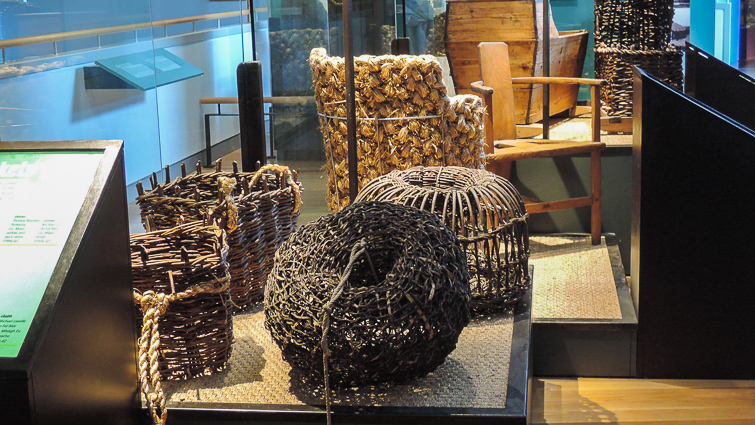 Súgán is a form of rope made from straw in Ireland and is the Irish word for straw-rope.

In North Mayo, near Belmullet, people used to make ropes with the marram grass.

Marram grass was scythed in the dunes and carried home on shoulders.

Two people were needed to make the súgán.

One man, using a crúcan, or croakeen (a thraw-hook made from a bent wire with two wooden handles, which twisted the grass into a rope), walked backwards turning the crúcan. The other man fed in handfuls of marram grass which bind together.

At length required, the rope is wound into a clew.

Straw ropes were used for many jobs around the farm including tie stacks of hay and straw together, thatch roofs and tie the animals to posts.

Also, they could have many other uses including to make household items such as cradles baskets and chair seats.

Commonly known as a súgán chairs, they were very popular in country districts mainly in the West and South-West of Ireland and looked more like an armchair, with the entire body being wrapped in the rope.